How will the Real Estate market in the Malaga region evolve in the short and long term? A lot of uncertainties of both the gravity of the virus and upcoming political actions exist, hence this analysis is highly preliminary, but the local real estate market will be strongly affected. 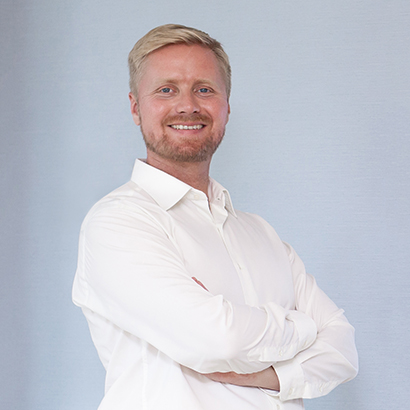 Anders has 15+ Years professional experience in Sales and investment including Real Estate and C-Level solution sales. He furthermore holds an Executive MBA from the prestigious ESIC Business & Marketing School.

Based on the possible Return on Investment from purchasing and renting out a property either long or short term in the Malaga region, the Real Estate market was healthy up until the Coronavirus. Furthermore bank lending criteria has continued to be under tight control and following reasonable guidelines in order to prevent negative equity.

The population has also been steadily increasing in the coastal areas of the province over the year. In 2019 foreign buyers accounted for 34% of all property transactions in the province of Malaga, and Malaga continues to be an attractive place for foreigners to have a second home or to retire. 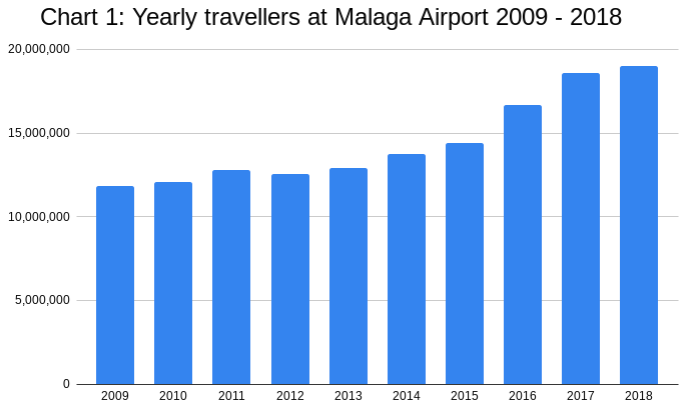 In addition to this, from 2009 to 2018, there has been a significantly increased interest in the area as a holiday destination, which can be noticed by the airport activity, which during this time period increased with 61%, again contributing to an increased rental income for holiday home owners, see chart 1:

The High Season that won't come

The summer of 2020 is going to be a catastrophe for tourism in the Malaga province, and this being regardless of the unlikely event that the Spanish borders will open for non residents to visit Spain before September, - The vast majority of people will simply not come out of caution.

In these times of uncertainty, I still receive frequent calls from clients asking about how I see the Real estate market evolve, quite a few of them are buyers who remind me to keep them in mind if a bargain comes along.

So fortunately it seems that even though the Coronavirus has shocked most people on a global basis,

there is still an expectation that things will go back to normal, and people will not be too scared to travel in the longer run.

The question is, when will things go “back to normal”?, and will it be before the economy of the region will be severely damaged?

It is a long time ago now that we in Spain believed that if people acted right, the lockdown would have been eased after the first 2 weeks, and after a total of 2 months everything would go back to normal.

At the time of writing, it has been communicated that restrictions of the lockdown will slowly ease in Spain starting on May 10 2020, - at this pace I don't see the borders open for tourists/non-residents until late 2020.

It seems that there are only 2 ways to beat the Virus, - either with a vaccine, or with herd immunity where we will have “flattened the curve” with up to 60/70% immunity in the population. Seemingly, neither of the 2 scenarios are likely to happen before the Summer 2021.

Unless we will face the occurrence of a methodic and immense testing of a vast majority of the population before travelling or a drug that will reduce the severity of the disease significantly, we could be looking at reduced international mobility and travels for over 12 months, which can lead to a huge negative impact on the real estate market in the Malaga province.

Nearly all industries in the world except for the Big Tech companies have already been highly affected by the consequences of the Coronavirus, however the worst hit is undoubtedly taken by the travel and tourism industry.

According to the WTTC travel and tourism contributed to 14.3% of Spain’s GDP in 2019 including direct contributions from hotels, travel agents, airlines, restaurants and others, as well as ripple effects from the billions of Euros that tourists bring to the country.

As a result of the financial crisis 2007-2008, the Spanish government, as most other Western World governments was forced to bail out the Spanish banks due to the unforeseeable Economic consequences of not doing so. 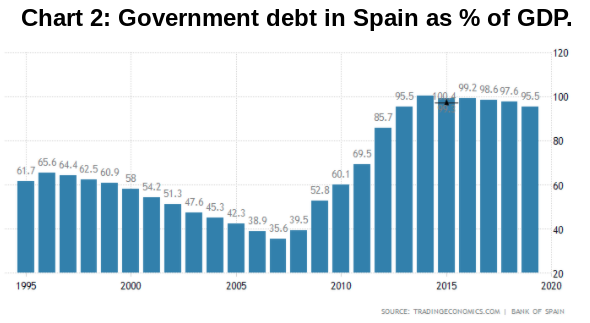 Now we are in a situation where it would only be fair that all businesses hit by this unforeseeable financial tsunami would receive compensation from the Spanish government in order to survive, however the government debt in Spain is already at 95.5% of GDP, and the government spending is already very high, and now there is a significant reduction in tax income expected for 2020.

The Government of Spain is likely to ask and hopefully receive support from the European Union, nevertheless, all countries in the European Union are suffering financially from the consequences of the Coronavirus, so a lot of companies in Spain are expected to close down due to the lack of financial aid from the government, resulting in even further supply of distressed properties.

Because of a combination of the market uncertainty, the financial hit to many business owners and employees both worldwide and especially in Spain, together with the lack of possibility (or courage) to travel, there will simply be less demand for buying properties in the near future.

At the same time the supply of properties for sale is going to increase due to an increased  financial distress in the society because of an increase in unemployment and from property owners missing the expected income from rentals, together with distressed business owners who will urge to sell assets.

So with a decrease in Demand and an increase in Supply, the properties transacted will be at a lower cost than usual. To what extent and at what price is very difficult to determine at this stage, without knowing for how long the lockdown will last and how the European and Spanish economies will recover. However the amount of transactions will decrease and the vast majority of sales will be between motivated sellers and buyers looking for a long term investment. 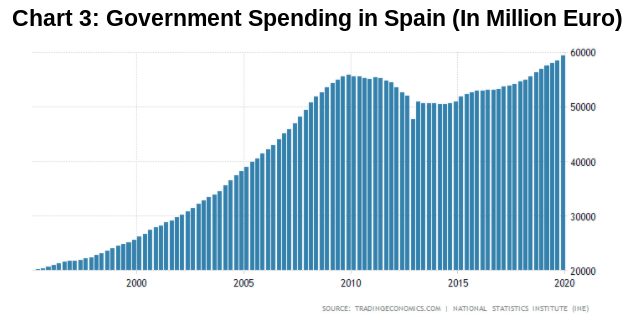 Due to the nature of the shock to the activities, the majority of the property transactions in the coming months will be between long term investors purchasing properties at a reduced price from vendors with an urgency to sell.

Selling your property? Sell with us.

This website uses cookies to improve your experience while you navigate through the website. Out of these cookies, the cookies that are categorized as necessary are stored on your browser as they are essential for the working of basic functionalities of the website. We also use third-party cookies that help us analyze and understand how you use this website. These cookies will be stored in your browser only with your consent. You also have the option to opt-out of these cookies. But opting out of some of these cookies may have an effect on your browsing experience.
Necessary Always Enabled
Necessary cookies are absolutely essential for the website to function properly. This category only includes cookies that ensures basic functionalities and security features of the website. These cookies do not store any personal information.
Non-necessary
Any cookies that may not be particularly necessary for the website to function and is used specifically to collect user personal data via analytics, ads, other embedded contents are termed as non-necessary cookies. It is mandatory to procure user consent prior to running these cookies on your website.
SAVE & ACCEPT
[email protected]
[email protected]